Think you know film? Try to identify the following 25 movies from their iconic quotes! (answers below) 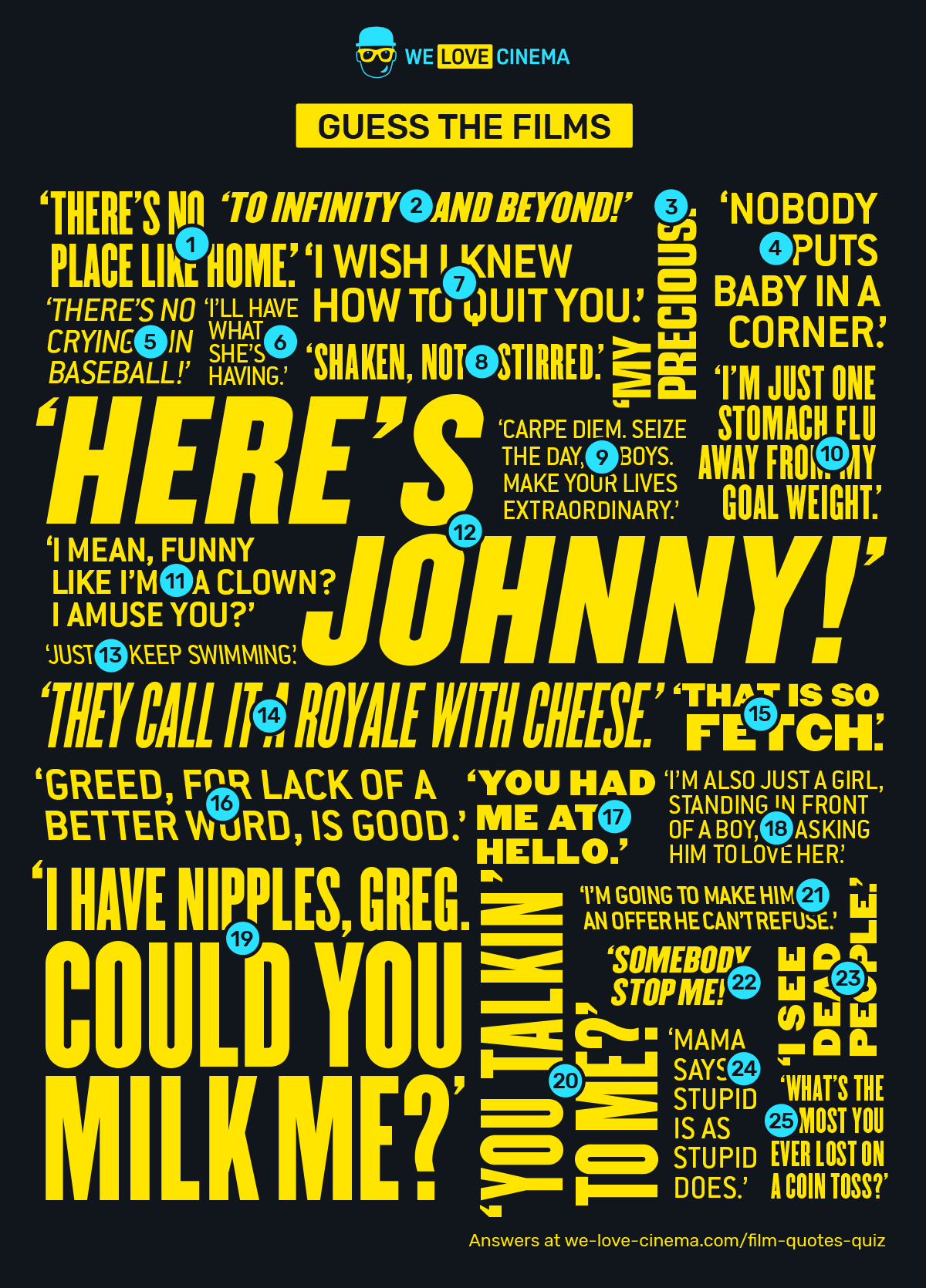